The Young Professionals Network of Latinas Lead California is led by an outstanding group of young women who are dedicated to promoting Latinas in public leadership and community activism. 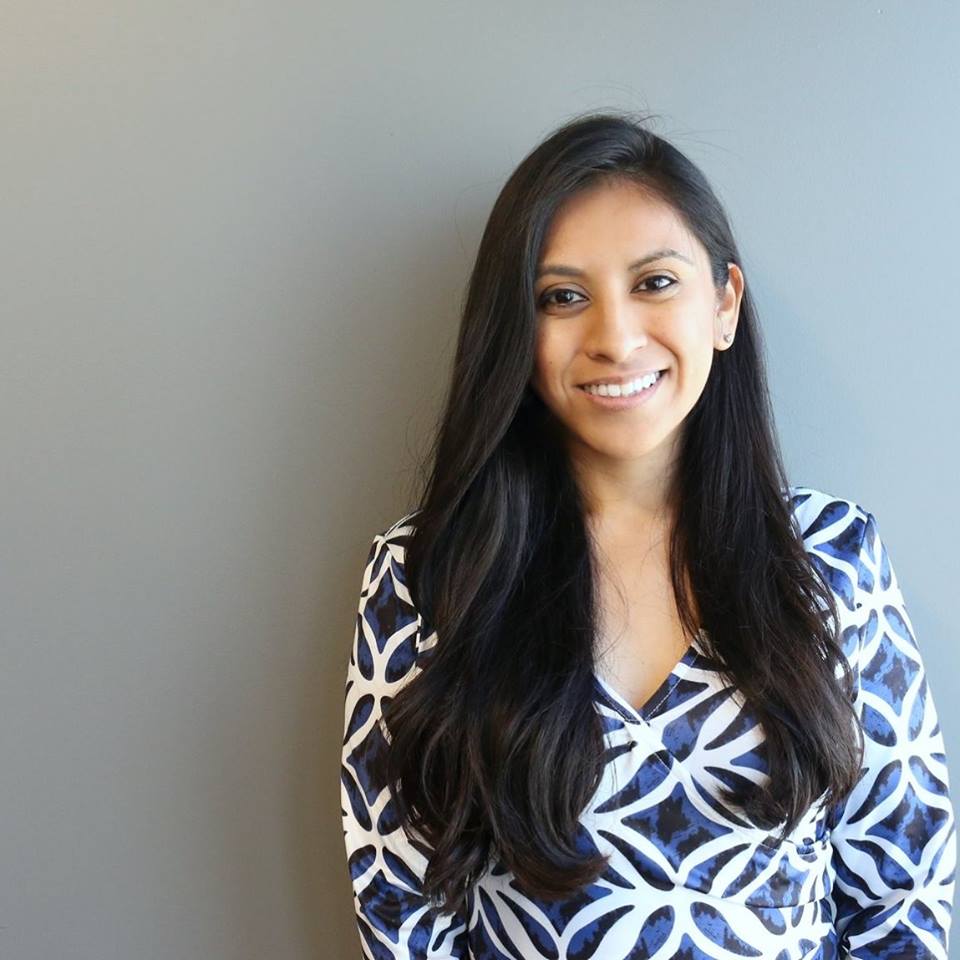 Jessica Maldonado is a political and nonprofit management professional with a passion for effecting positive social change. A native of South Los Angeles, Jessica is a proud graduate of the University of California, Riverside (UCR), where she earned a B.A. in Ethnic Studies and served as undergraduate student body president from 2009 to 2010. After graduating from UCR, Jessica completed a fellowship with the office of Los Angeles Mayor Antonio Villaraigosa. In 2012, Jessica joined President Obama’s campaign staff as a field organizer in Ohio, where she worked with community leaders, volunteers, and local officials to help ensure the President’s reelection. Jessica went on to work as an organizer and project staff at the Service Employee International Union (SEIU), where she advocated on behalf of educators, fast food workers and childcare providers.  During the 2016 presidential election, Jessica served as the California field representative for Voto Latino. In this role, she led state voter registration and education efforts and conducted media and public relations on behalf of the national organization. Jessica also served as community outreach director for Wendy Carrillo for Congress in a special election in the 34th Congressional District of California. Currently, Jessica works as a political strategies consultant who seeks to empower women, people of color and underrepresented communities to run for office. 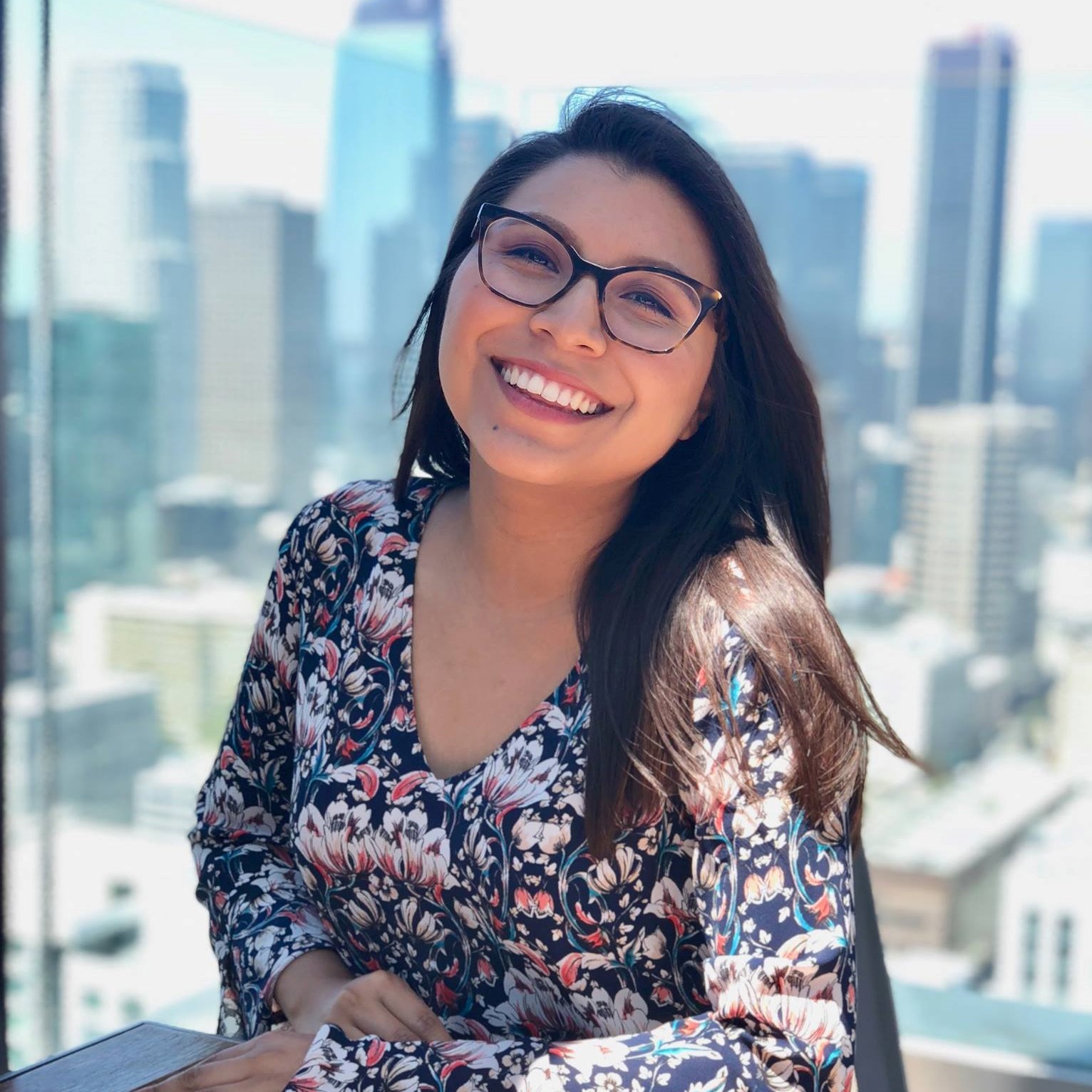 Jessica E. Lopez is a first-generation Guatemalan-American with high energy and an immense desire to continue shaping her community. She was born in Cambridge, Massachusetts, raised in Coatepeque, Guatemala, and cultivated in Los Angeles, California. She is the result of her parent’s sacrifice and persistent hope for a better tomorrow. Her parents taught her that one small random act of kindness could change a person’s life, and to impact as many people as possible through her actions.

She currently serves as the Clear Contracting Analyst under the Chief Procurement Officer's Team for the Mayor's Office of Budget and Innovation. Her work is mission-driven; focusing on transforming how the City contracts and will focus on improving the vendor experience. As the liaison for the Departmental Contract Coordinators, she will assist in the implementation of streamlining procurement processes for the city. She recently completed the Congressional Hispanic Caucus Institute Public Policy fellowship in Washington D.C. where she created and launched the first agency-wide Mentoring Program for the U.S. Small Business Administration. As well as advocated for small businesses and reviewed technology legislation on Capitol Hill for Congressman Ro Khanna. Previously, she was a consultant with the Bureau of Contract Administration where she ensured contract compliance with the City of Los Angeles' business inclusion program. Jessica earned her Bachelor of Arts in Business Administration at Mount Saint Mary's University. 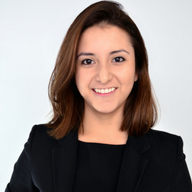 Born and raised in Northeast Los Angeles by Ecuadorian parents, Paola learned from an early age the power of diversity and community. Her parents taught her the value of truth, perseverance, and education. In May 2017, Paola lost her mother after a difficult battle with breast cancer. Despite this tragic loss, her mother continues to inspire and fuel her in pursuing a career in public service. Paola is currently pursuing her master’s in public policy at the Sol Price School of Public Policy at the University of Southern California. Her interests include political leadership and the intersection between philanthropy and government. A double Trojan, Paola completed her bachelor's degree in International Relations with dual minors in Social Entrepreneurship and Spanish at USC as well. In 2015, Paola joined the staff of Los Angeles Mayor Eric Garcetti, working across the Office of Immigrant Affairs, the Office of Public Engagement, the Office of Legislative and External Affairs and, most recently, under the Chief of Operations. She was a key member of the staff that produced the Mayor’s annual State of the City Address, the 2017 Mayoral Inauguration, the White House Regional Convening on New Americans, and the Civic Youth program. Serving her community and working with young women is one of Paola’s true passions. In addition to her work with Latinas Lead California, Paola serves as a mentor and advisor to Las Fotos Project, a nonprofit organization based in Lincoln Heights. When Paola is not at USC football games or running with the Boyle Heights Bridge Runners, you can find her visiting museums, planning her next excursion, and learning about the rich history of Los Angeles. 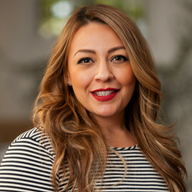 Born in Pasadena, California in 1985 to Max and Martha Arteaga, Angelica was raised in the city of Monrovia with her two siblings. Growing up, she learned the value of commitment and sacrifice by observing her parents open and establish two successful businesses. Angelica has a beautiful daughter and son, the product of her first marriage. Even though her first marriage did not turn out as expected, the experience made her a stronger mother and woman. Angelica has been a co-owner and Business Executive at Max’s Mexican Cuisine since 2001. She oversees two well-established restaurants in the cities of Monrovia and Azusa and will soon be opening up a third location in the city of San Dimas. As a business leader, Angelica has made numerous contributions to the local community, including participating in annual toy drives, providing food and financial sponsorships for community events, and partnering with local non-profit organizations to host fundraisers. For its civic participation and contributions to the 4th Annual Cool Kutz for Kids, Max’s Mexican Cuisine was recognized by the state of California. In 2014, the Azusa Chamber of Commerce honored Max’s Mexican Cuisine as the Business of the Year. Angelica is passionate about empowering and providing employment opportunities to hardworking, vision-driven individuals. 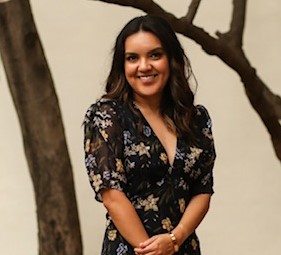 A first generation college graduate of Scripps College and the University of Southern California,
Elizabeth is a daughter of Mexican immigrants. She has led and supported the development of service
provision teams with the efficient implementation of evidence-based practices in public housing and
underserved communities of Los Angeles, leading a charge in extensive policy development and project analysis centered on community development, public safety, and juvenile and criminal justice reform. Currently, Elizabeth serves the LA Mayor’s Gang Reduction and Youth Development (GRYD) Office as a Senior Regional Program Coordinator, designing and advancing youth development and crime reduction efforts within the City of Los Angeles. While developing and creating connections between youth, families, communities with public and private partners, Elizabeth strives to raise capital in the communities she supports, ensuring healthy and safe environments in which youth, adults and families can thrive. 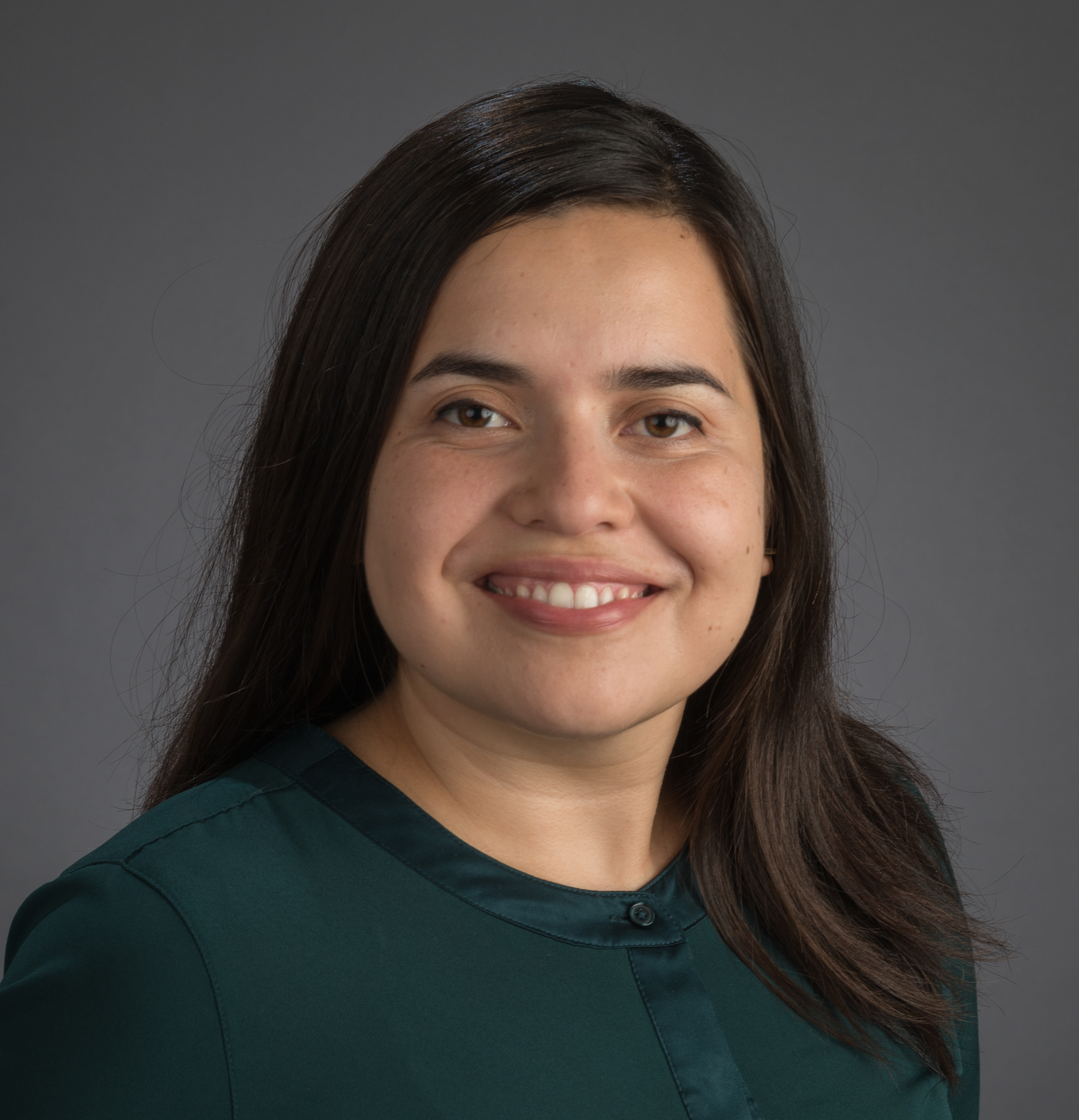 Ana was born in Mexico and raised in Los Angeles and Inglewood. She holds a Bachelor of Arts degree in political science and history from the University of California, Los Angeles and a Master of International Affairs from the University of California, San Diego’s School Global Policy and Strategy where she concentrated in Latin American politics. She currently serves as a Legislative Deputy in the Office of Mayor Eric Garcetti. Prior to joining the Mayor’s office, Ana served as a Field Representative for Council District 1 overseeing the communities of Westlake and Pico Union, and as Civic Engagement Coordinator for Proyecto Pastoral in Boyle Heights. Ana is committed to increasing city resources for underrepresented communities and is passionate about diversity, immigration, and homelessness. In her free time, she enjoys traveling, spending time with family, and is a classic literature and film fanatic. 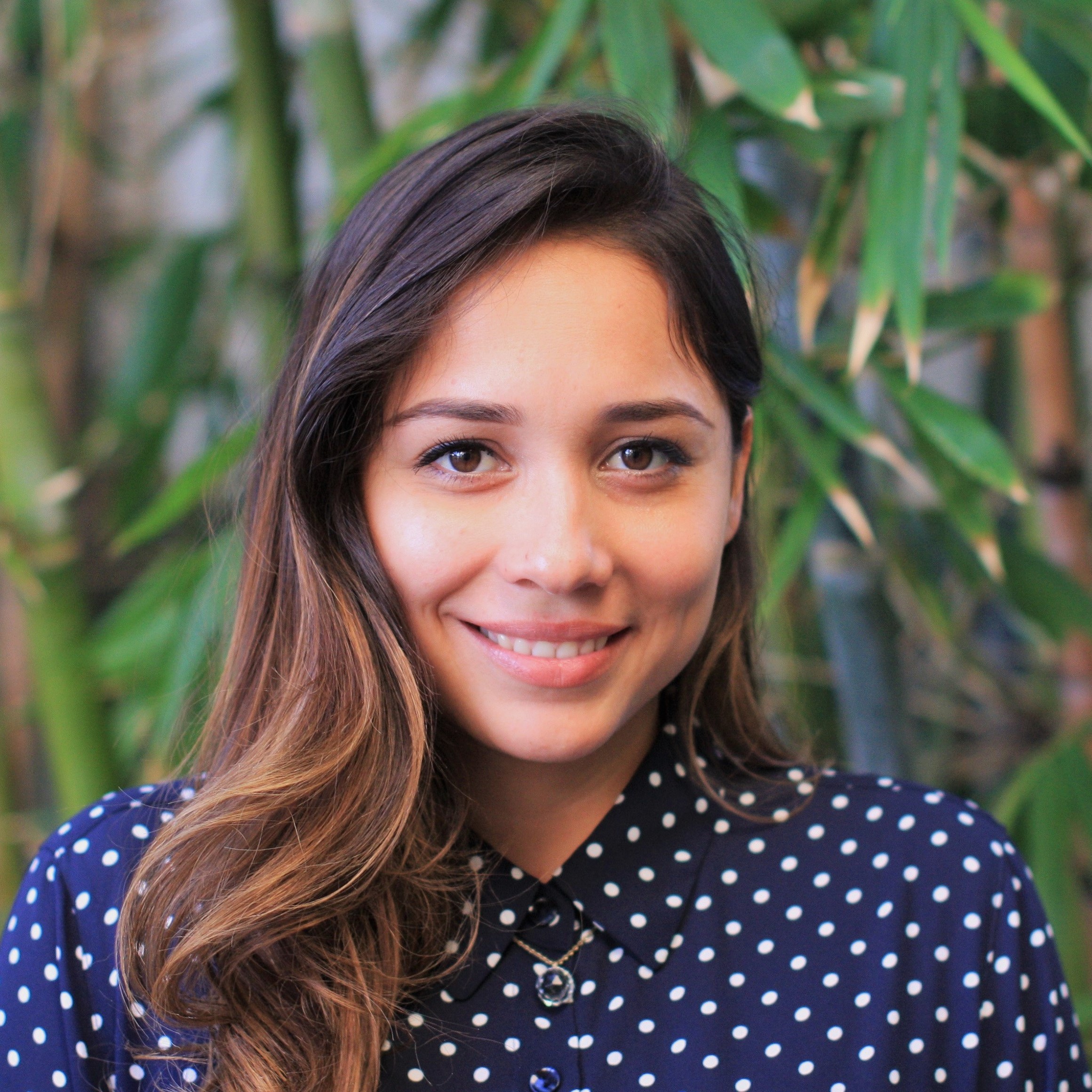 Gabriella is the Director of Policy and Legislative Advocacy at the Alliance for a Better Community (ABC), where she leads the strategic development and implementation of ABC’s public policy and advocacy agenda. Gabriella began her career as a public school teacher in Southeast Los Angeles, and felt inspired by her students, their experiences, and their stories to dedicate her career to public service. She attended law school, and learned how to use legal, policy, and legislative advocacy as tools to achieve systemic changes that lead to a more just, inclusive, and equitable society where everyone thrives. Upon graduating from law school, she designed, launched, and led a multi-faceted advocacy project at Public Counsel, the largest public interest law firm in the nation, that focused on improving the academic outcomes of English Learner students through direct legal representation, impact litigation, legislative advocacy, and community education. Gabriella then became Policy Director for Board District 5 of the Los Angeles Unified School District. In this role, she led the development of policy and strategy to improve outcomes and equity for students in public schools across Los Angeles. Gabriella is a proud daughter of immigrants. She received a Bachelor of Arts in Political Science and Human Rights from Columbia University, and a law degree from Columbia Law School, where she was a Harlan Fiske Stone Scholar and Lowenstein Fellow. 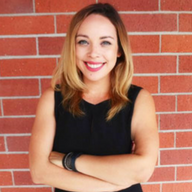 Stephanie Castellanos is an Education Consultant, Diversity & Inclusion Strategist, expert facilitator and grassroots community organizer. Her passion for social innovation and youth empowerment stems from her upbringing in Inglewood, CA, experiences as the first in her family graduate from high school & college, and as the daughter of Mexican immigrants. Stephanie has innovated the recruitment strategies of national education and political organizations, working across more than 30 states including California, New York, Texas, and in Florida for President Barack Obama’s 2012 campaign. She is the Co-Founder of the Coalition for Diverse Educators(C4DE), a national grassroots movement to increase teacher diversity in urban public schools. In addition, Stephanie has empowered and trained over 20,000 students, youth, young professionals and community leaders via her  Wokeshop™ training series.  Her expertise includes community organizing strategy, diversity talent acquisition, millennial career coaching, and professional & leadership development for first-generation/students of color. She graduated from the University of California, Los Angeles with a Major in Sociology and a Minor in Urban Planning & Regional Studies. She currently serves on the Board of Directors for Justice Now, a national nonprofit organization that advocates for the rights of women in prisons. 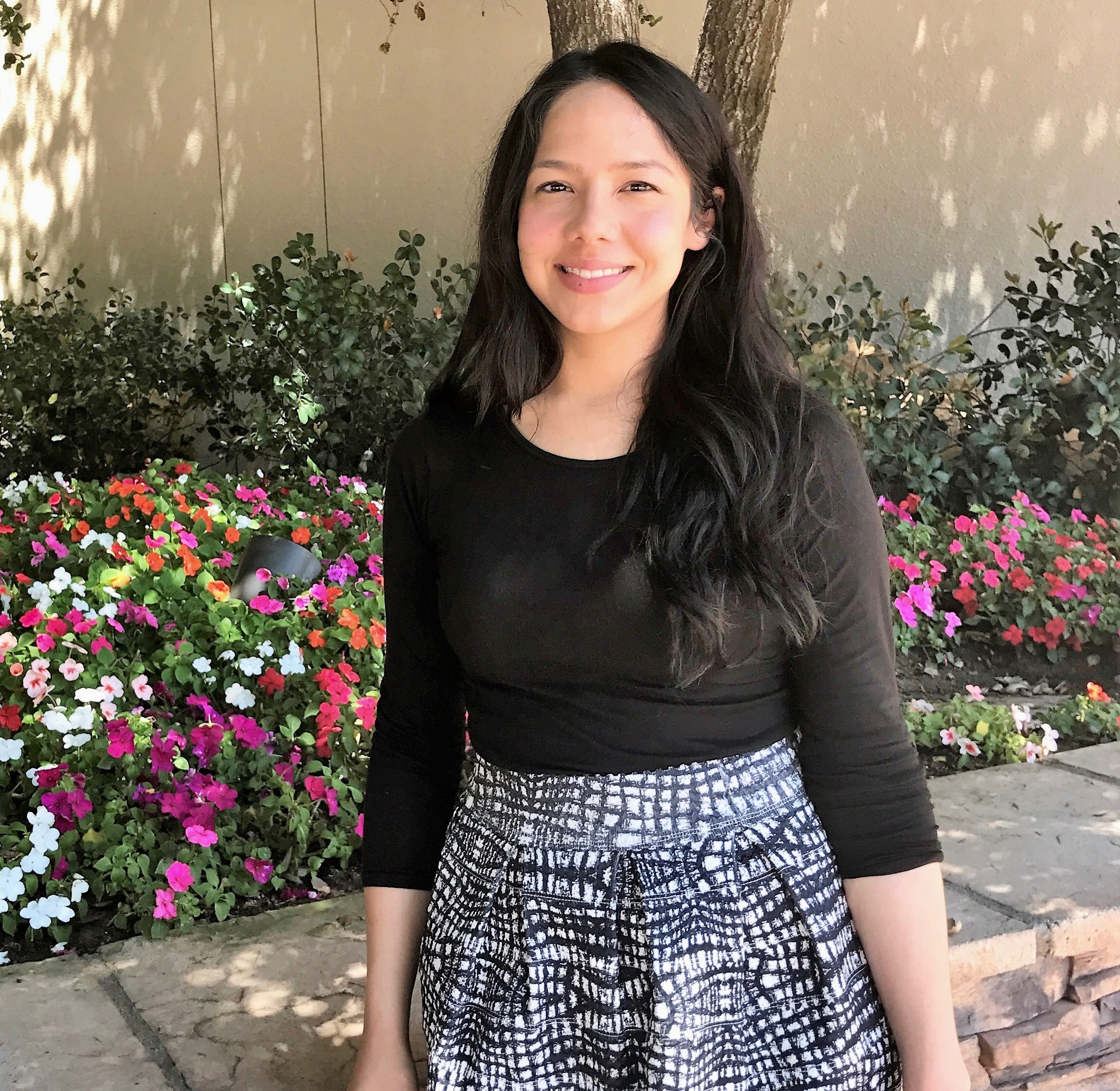 Sharon Velasquez is the proud daughter of Mexican immigrants and a first-generation college graduate. She is passionate about advancing equitable economic development inclusive of communities of color, as well as consumer and small business protections. A policy advocate, Sharon has extensive experience working with state and federal legislators, financial regulators and the private sector on increasing investments in formerly redlined communities. In 2018, she was critical in passing California Senate Bill 1235, the nation’s first truth-in-lending act for small businesses. Sharon has spoken about community reinvestment at numerous conferences across the country, and has been published in platforms including Shelterforce and Capitol Weekly.

Sharon is currently pursuing her Master in City Planning at the Massachusetts Institute of Technology. She obtained her B.A. in English Literature & Public Affairs from UCLA, and is an alumna of Hispanas Organized for Political Equality and New Leaders Council. A Southern California native and former Bay Area transplant, she enjoys exploring the golden state in her free time. 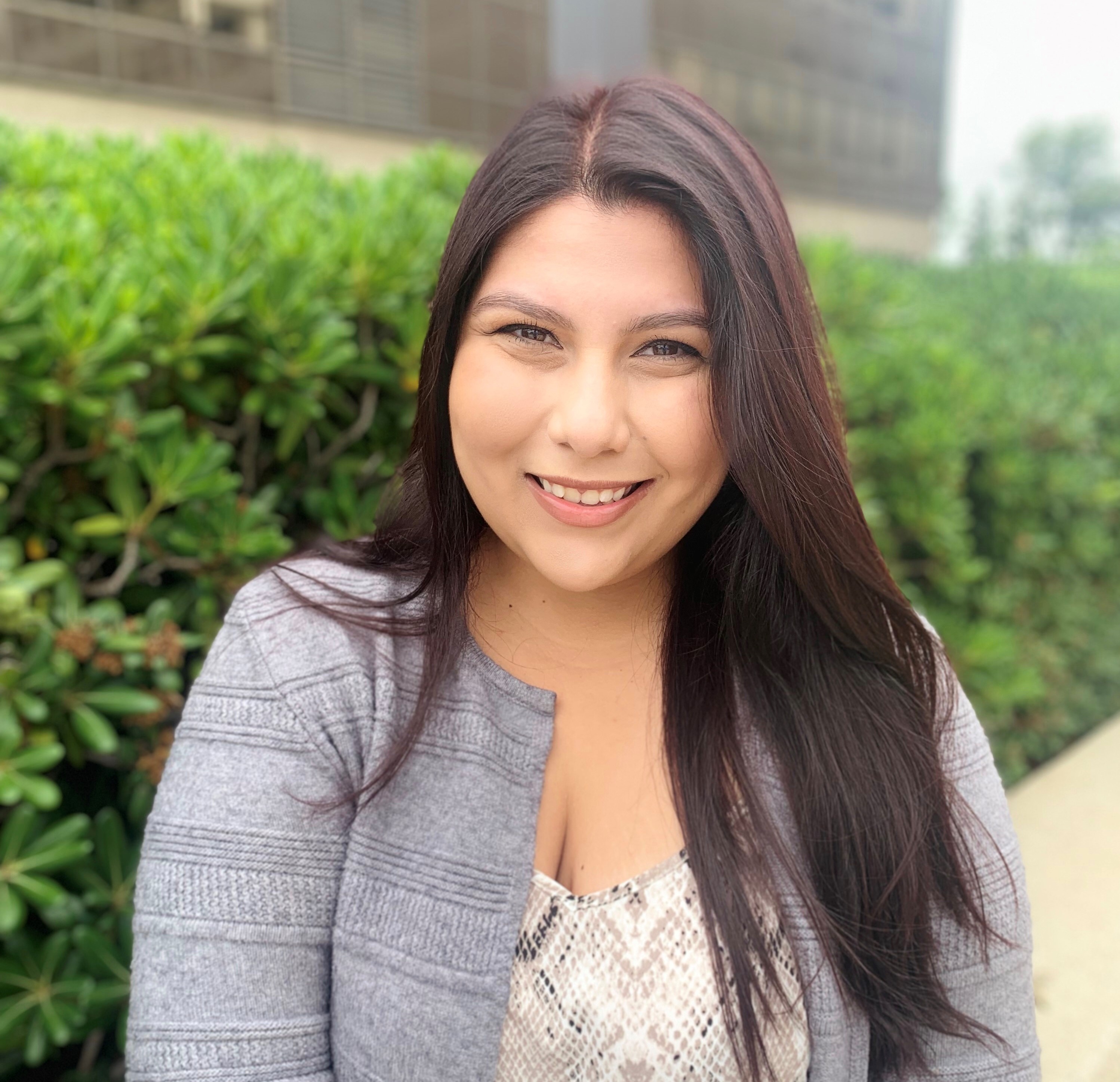 Griselda serves as the Senior Field Representative for Congresswoman Linda T. Sanchez. In this role, she leads the congresswoman's efforts on immigration, Latino affairs, and foreign affairs. Griselda's interest in politics sparked at an early age, when she realized the lack of Latino representation in her own community - the Inland Empire. This led her to become involved in local government, including as an intern for the California State Assembly, the Riverside County, and the City of San Jacinto. Griselda earned a B.A. in Political Science from UCLA and is currently pursing a Master in Public Policy degree from USC Sol Price School of Public Policy. In the future, Griselda hopes to continue a career in government in the Inland Empire and work towards the advancement of families in the region.