The Latinas Lead California Board of Directors puts their Heels on the Ground to elect Latina leaders. We volunteer our time and talents to help raise money and provide campaign support for our endorsed candidates.

Our dedicated board members are: 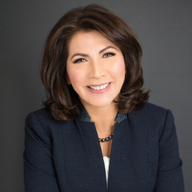 With over 15 years of experience as a lobbyist advocating in the areas of education, water, land use, and local government issues, Diana Rodriguez recently joined Mercury LLC, a global, bipartisan public affairs strategy firm as Vice President.  In this role, she will use her experience in providing analysis on legislation that impacts municipalities, coalition building, and resource identification to successfully realize major community development projects throughout Los Angeles City and County. 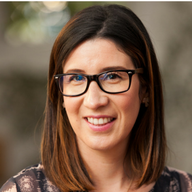 Before joining the firm, she served as Director of Member Mobilization at the California Association of REALTORS®. In that role, she led the advocacy and member mobilization efforts across the state and administered a statewide affordable housing trust fund.

In her free time, Julissa serves as Vice-President for Latinas Lead CA, the only statewide political action committee dedicated to electing Latinas to office. She has advanced Latinas to leadership positions throughout California.

Julissa received a Bachelors’s in Chicano/a Studies with a minor in History from the Californnia State University Northridge. 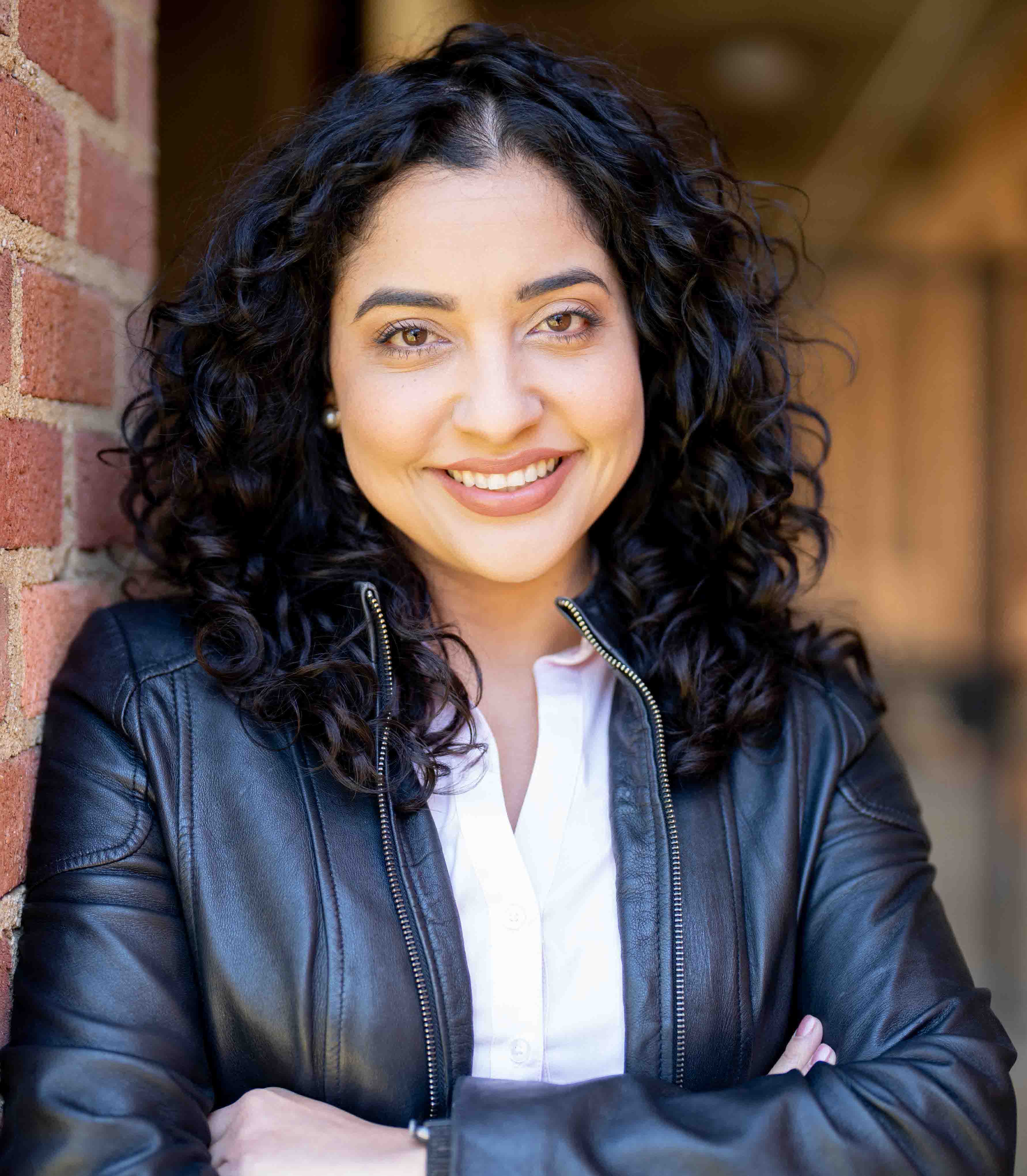 Cinthia Flores a Board Member of the California Agricultural Labor Relations Board. Governor Newsom appointed her to this position in 2020. Cinthia formerly served as a Staff Attorney with the Coalition for Humane Immigration (CHIRLA) where she practiced immigration law with a focus on removal defense. Cinthia also has a background in labor law has represented private and public sector unions. Additionally, Cinthia serves on the Latina Lawyers Bar Association board, an organization dedicated to supporting Latinas in the legal profession.

Cinthia earned her Juris Doctorate at the University of California, Irvine School of Law. During law school, Cinthia served as a Regent on the University of California Board of Regents. Cinthia earned her B.A. in Political Science at UCLA, where she served as the first Latina undergraduate student body president. Cinthia is an alumna of the Front Line Leaders Academy and the New American Leaders Project - electoral campaign leadership development programs focused on training progressive and immigrant communities to run for office. Cinthia was born, raised, and resides in Los Angeles, CA. 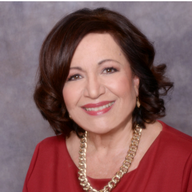 Susan Sifuentes-Trigueros is the Los Angeles Regional Public Affairs Manager for Southern California Gas Company, where she is responsible for the public affairs and local community giving strategies in the greater Los Angeles County area and manages a professional staff of seven. She is a highly-skilled public relations professional with over twenty years of experience in corporate, governmental, community, and media relations. Susan also serves in a number of civic leadership roles including chairing Future Ports, serving on the Central City Executive Committee, and serving as a Board Member of the USC Board of Governors, the USC-Latino Alumni Association, BizFed, and the Dominguez Dream Foundation. Passionate about social justice and Latina leadership, Susan most enjoys mentoring youth and young professionals and helping them achieve their full potential.

Susan attended the University of Southern California where she received a Bachelor of Science degree in Business Administration with an emphasis in Accounting. She resides in Walnut, CA with her husband Mario. They have seven children and five grandchildren. 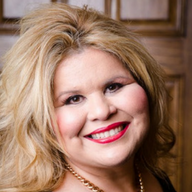 Blodgie Rodriguez has been in the realty business for the last 14 years, successfully running her own real estate business. Her quality experience and knowledge have helped countless clients celebrate the success of selling their homes and buying the home of their dreams.

Blodgie is active in the Kern County Hispanic Chamber of Commerce, where she served two terms as Chairwoman of the board of directors, and in January 2015, was appointed by Governor Brown to serve on the  Kern County Fair Board. She was a graduate of the inaugural class of Latina Global Leadership Institute in 2014 and a 2003 HOPE Leadership Institute graduate. In 2015 The California Hispanic Chamber of Commerce honored her with the Latina Trailblazer award. She also serves on the Kern Energy Festival Steering Committee.  She has also been actively involved in key political campaigns in the Central Valley. Blodgie was born and raised in Kern County. 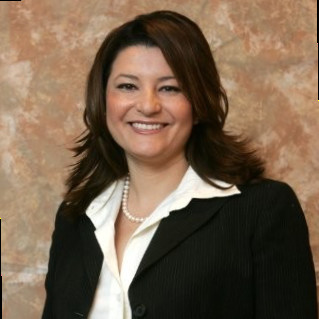 Araceli serves on the LAUSD Facilities Bond Oversight Committee, is the Board Chairwoman for East Los Angeles Community Corp (ELACC), and serves on the Stein Early Childhood Fund Advisory Council. She earned dual bachelor's degrees at the University of California, Los Angeles, and a Master's in Public Administration from California State University, Northridge, where she graduated with distinction. 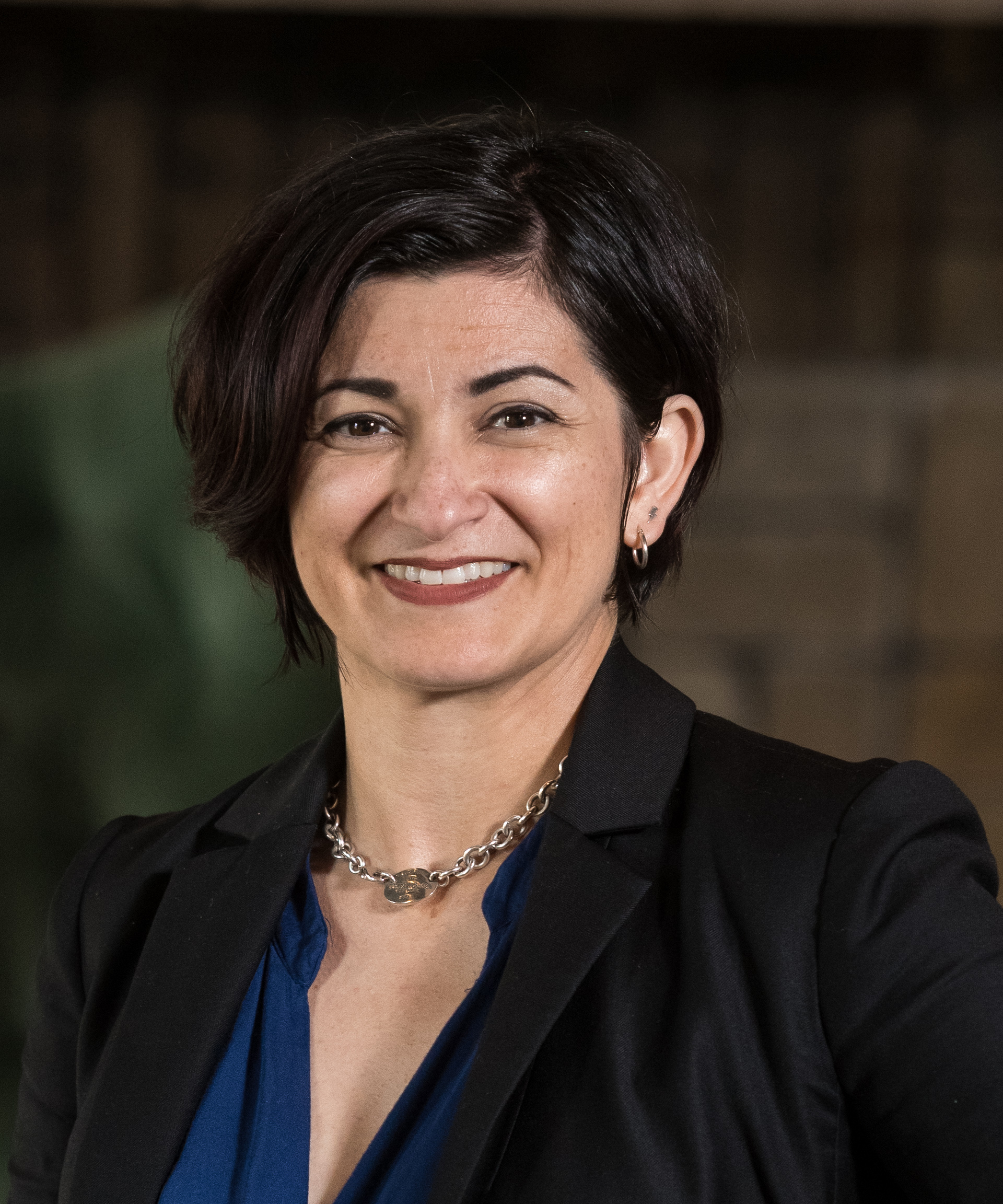 Marisa Calderon is the executive director of NCRC Community Development Fund and a housing and financial services industry veteran.

Ms. Calderon has been ranked on the Swanepoel Power 200 as one of the most powerful leaders in the residential real estate industry and named one of HousingWire’s 2018 Women of Influence for her work in increasing real estate and mortgage professionals’ understanding and appreciation of the Hispanic home-buying market. Frequently sought out as an expert, Calderon has been interviewed by numerous publications and media outlets including NPR’s Marketplace, and regularly speaks at events such as those for Mortgage Bankers Association, Consumer Federation of America, the FDIC, and the National Fair Housing Alliance.

She previously served on the advisory board for the Banc of California and the Fannie Mae Affordable Housing Advisory Council, and also previously authored the State of Hispanic Homeownership Report.

She currently serves as board secretary for the Hispanic Wealth Project, which has a stated goal of tripling the median household wealth of Hispanics by 2024. She earned her BA from the University of California at Berkeley and is in the process of completing her MBA. 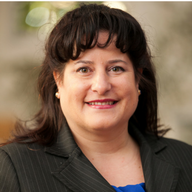 Marisa Yeager is the Government Relations Director for the Riverside Community College District (RCCD). She oversees the annual legislative program, serves as the lead liaison for federal, state, and regional officials, and creates partnerships for the District.  The Riverside Community College through its three colleges--Moreno Valley College, Norco College, and Riverside City College supported by the District Office--serves and enriches its diverse communities by offering certificates, degrees, and transfer programs that help students achieve their educational and career goals. The district strives to impact the social and economic mobility of its students by ensuring access, success, and equity for everyone.

Prior to serving RCCD, she was the Senior Government Relations Manager for the Los Angeles County Metropolitan Transportation Authority (METRO) for 22.5 years. In this capacity, she was part of the creation of the Mobility 21 Coalition, 6 full fund grant agreements with the US Department of Transportation to expand transportation in Los Angeles County. Her career began working for Congressman Xavier Becerra in Washington, DC. 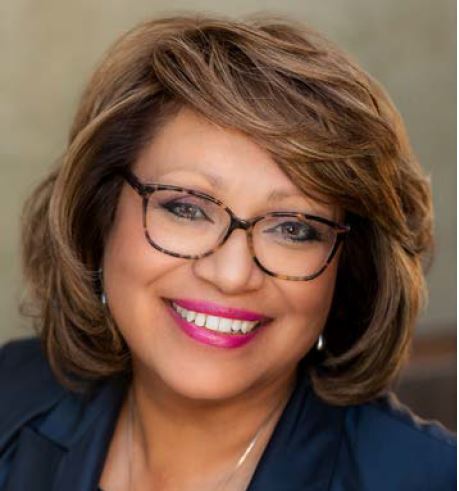 Bea is an accomplished businesswoman and social entrepreneur in the fields of economic development and asset building. As CEO of New Capital LLC, she manages multi-million dollar portfolios of affordable housing, business, and economic development. She was instrumental in establishing New Economics for Women, a Latina economic development nonprofit, by leveraging a $97,000 seed grant into more than $280 million in investments. Bea has served as a trusted advisor to the Clinton Administration, the Mayor of Los Angeles, the Aspen Institute, the Ford Foundation, and a host of local government, private, and independent sector organizations. As former Treasurer of the UNIDOS US (formerly the National Council of La Raza (NCLR)) Board of Directors, she partnered with the CEO and CFO to deliver their strongest balance sheet in 15 years. Bea currently serves as a strategic advisor or executive board member for key national non-profits, foundations, and corporations that focus on economic mobility.

A lifelong advocate for economic opportunities, especially for vulnerable women and families, Bea is resolute about increasing the role of women as leaders within the finance sector and was recently appointed to the Governing Council of the Los Angeles County Initiative on Women and Girls. 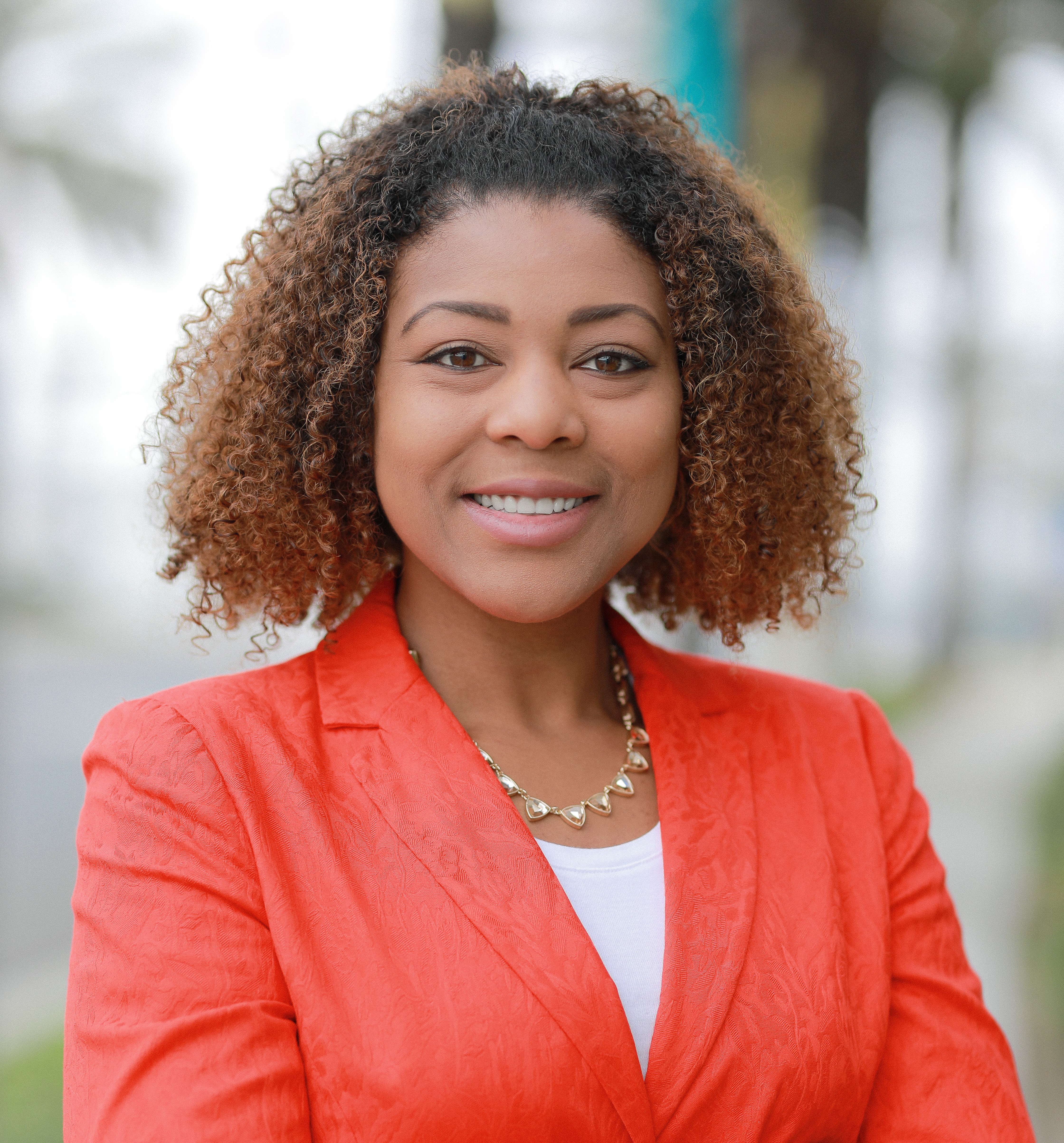 Ms. Rodriguez earned a bachelor's degree from the University of California, Riverside in Theatre and Film Studies and a Masters' Degree in Communications Management from the University of Southern California. Professionally, Ms. Rodriguez has worked for the California Legislature, serving several Senate and Assembly members. Additionally, LaShe' has managed several successful campaigns throughout Riverside, San Bernardino, and Orange Counties.

Currently, Ms. Rodriguez is the Chief of Staff to Orange County Board of Supervisor Doug Chaffee of the 4th District. Ms. Rodriguez continues to serve as a Sister City Commissioner for the City of Anaheim, a member of the NAACP-O.C., National Council of Negro Women-O.C., the Democratic Party-O.C., and on the South Coast Air Quality Management District-Environmental Justice. 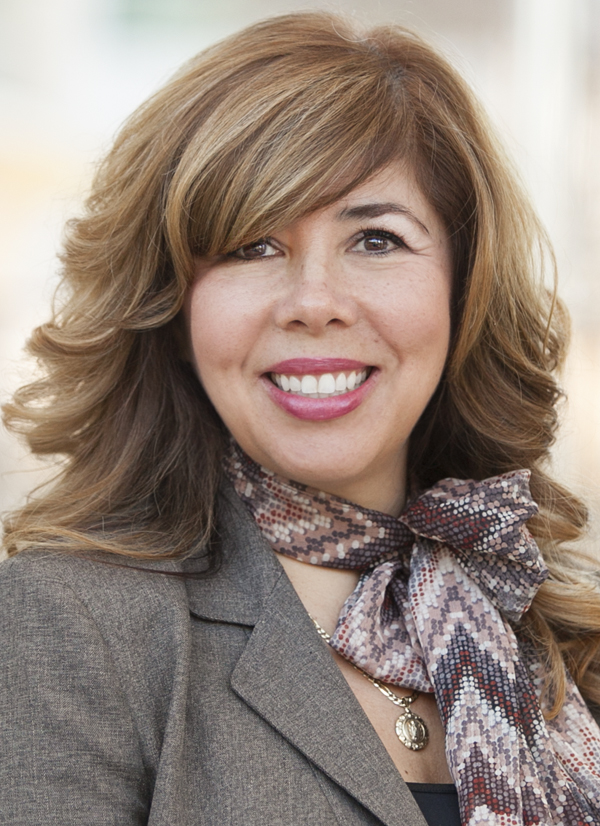 Rita Gallardo Good is the Director of Civic Affairs for Sacramento State in the Office of Public Affairs and Advocacy. She has been a proud public servant for 27 years in local and state government. In 2010, a transition brought ber to Sacramento to work in the State Capitol for the California Senate. As a passionate public servant, Rita serves as the Chair of the City of Sacramento Parks and Community Enrichment Commission. She is the first Latina to serve on the commission in its 18-year history. She also serves as a board member of the Chicano Youth Leadership Project (CYYLP) and as a mentor for Puente at Sac City Community College.

Rita earned her Master's of Public Administration at the University of Laverne as well as a Bachelor of Business Administration. She is an alumnus of Los Angeles Harbor Community College. She previously served as a Commissioner for the County of Sacramento Equal Opportunity Advisory Committee, appointed by Supervisor Kennedy. She also served as a Governor's appointee to the State Pupil Assessment Review Panel under the Department of Education for two terms. 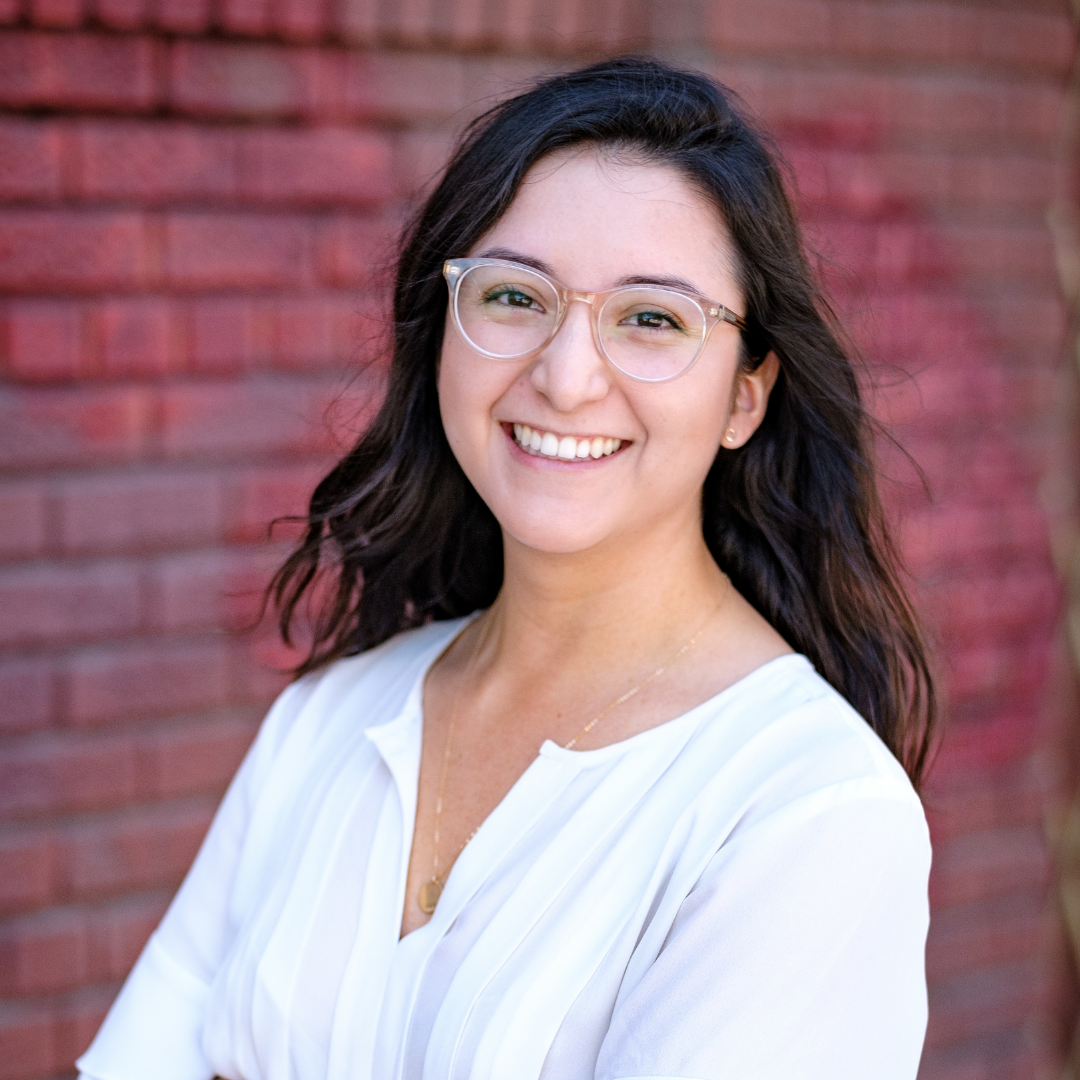 Paola Fernández is a public sector professional serving as a Government and Public Services consultant for Deloitte Consulting, LLC where she supports federal agencies in developing performance management solutions. She began her career as a public servant in the Office of Los Angeles Mayor Eric Garcetti under the Chief of Operations where she produced signature city events, such as the Mayor’s State of the City Address and 2017 Inauguration. Her passion for economic development led her to pursue policy positions to understand the policy development and implementation process in Los Angeles. While in graduate school, she served as a policy and planning intern for Los Angeles Councilwoman Monica Rodriguez and as a policy fellow for economic development non-profit Inclusive Action for the City.

Paola earned her BA in International Relations and Social Entrepreneurship and Master’s in Public Policy from the University of Southern California. She is also an alumna of American University’s Women & Politics Institutes WeLead Program.

Tweet
Your organization
Our Board
Latinas Lead California is our state's first political action committee that solely focuses on supporting Latinas running for office.